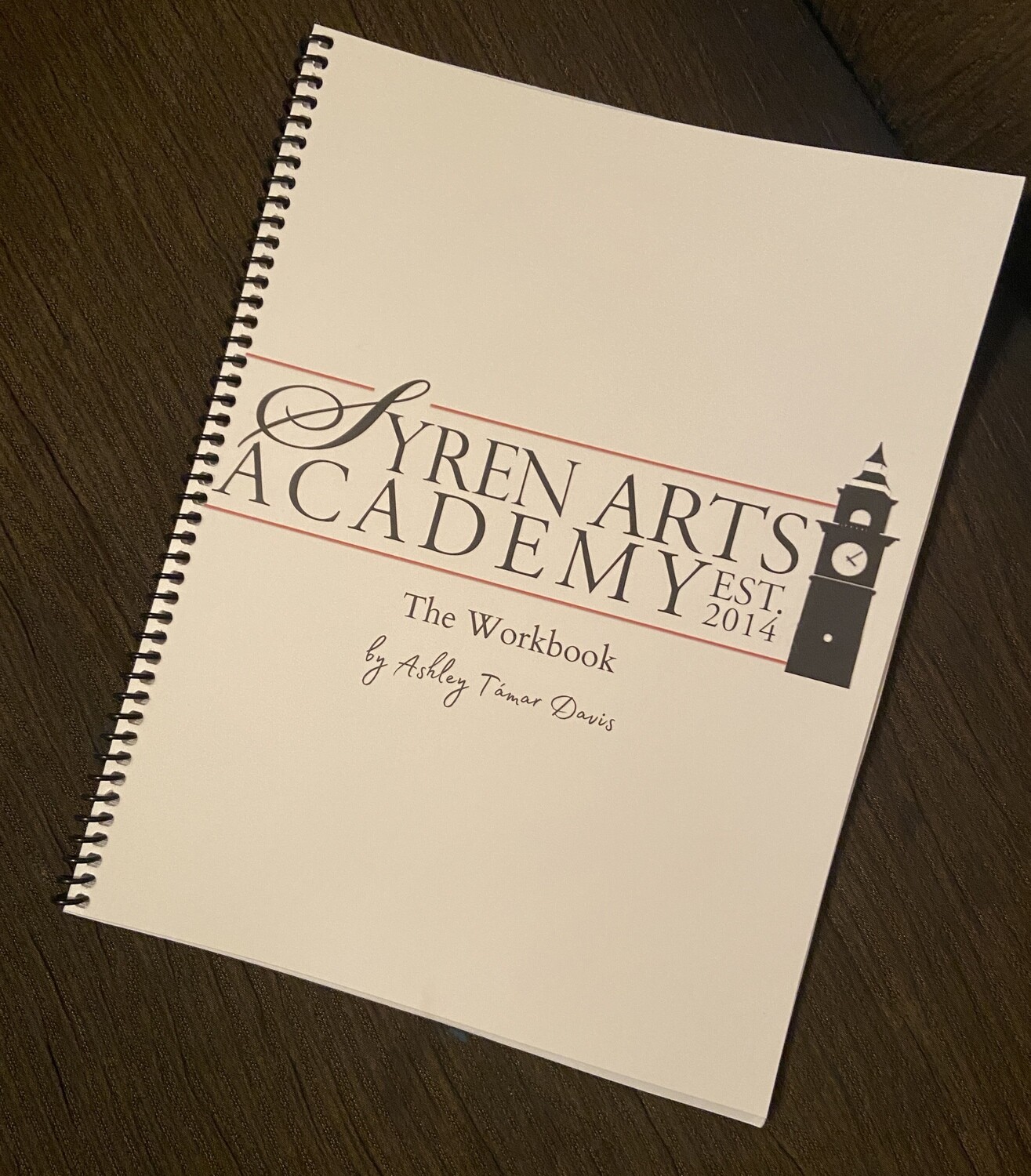 Explore and test your knowledge about the Entertainment Business by completing this twenty-seven page workbook full of pertinent and valuable information for any and all aspiring creatives who desire to explore a career in the Arts.

Grammy-Nominated, Broadway Actress, Ashley Támar Davis has created an interactive workbook for aspiring creatives to educate and give insight into both the Broadway and Music Business industries. A powerhouse contemporary vocalist versed in classical to jazz to Musical Theatre and beyond, Ms. Davis is known as the muse & protégé of Prince by gaining notoriety for co-writing their Grammy nominated duet “Beautiful, Loved, and Blessed’’ (‘‘3121’’/Universal Republic). A graduate of University of Southern California’s Thornton School of Music, Ms. Támar has released two independent albums: ‘‘My Name is Támar’’ and ‘‘I Am the Storm’’ via her company Syren Music Group. With a highly anticipated album on the horizon and with recent jaw-dropping performances on NBC’s ‘‘The Voice: Season X,’’ Ashley Támar was recently nominated for Best Featured Actress in a Musical (Aretha Franklin, Nina Simone) in the critically acclaimed Broadway show ‘‘A Night with Janis Joplin’’ in which can now be streamed worldwide on BroadwayHD.com. Ms. Támar is the lead actress of ‘‘A Topaz Troop,’’ a children’s television show circulating in numerous festivals including the Los Angeles International Film Festival. Davis has become a household name as a leading performer in numerous Tyler Perry/Lions Gate productions set to DVD’s across the globe. Though music is a conduit for reaching people through song, Ashley Támar has successfully initiated various Edu-tainment community outreach projects: The Syren Arts Academy, the College, Career, and Empowerment Summit (Co-Founded with her mom), the Támar Talks Podcast, the Next Level Houston, and DocFest. Támar has performed on an eleven-city national tour ‘‘Támar featuring Prince’’ as well as Good Morning America, Saturday Night Live, the NAACP Image Awards, the BRIT Awards as well as having been featured in numerous magazines such as Glamour, Billboard, PEOPLE, and VIBE. A nuanced creative curator both on and off-stage, Ms. Támar is building a musical empire without the middle man and securing effective outlets in which to display her sound and the sounds of artists to come.

Save this product for later
Display prices in: USD
bottom of page